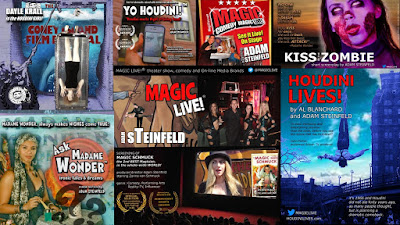 MEDIA FILM/TV PROJECTS
and many more.


MAGIC LIVE! is a USPTO registered trademark of Adam Steinfeld, in use since 1999.